Say What? How to fix the presidential debates 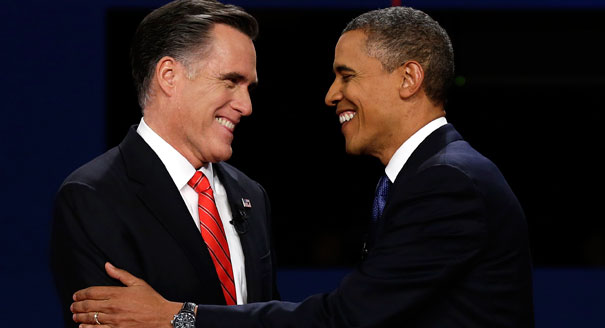 You are here: Home / Blog / Say What? How to fix the presidential debates

After viewing the first two presidential and one vice presidential debates, I think the time has come to make some improvement in the debating process. The performance of the moderators in controlling the content of the debates has been somewhat mixed as these debates have become more street fights than oratorial flights as the time to election gets closer. With all the punches and counter punches the candidates throw, it is difficult for the average viewer to discern who is telling the truth and who is misspeaking until after the fact checking talking heads get to dissect the debate after the fact. This is much too late in the process, if one can stay up that late at all. My suggestion would be to adopt a procedure currently used in the sports world to fix the problem; adopt the Instant Replay rule.

The process for Instant Replay would be much like it works in pro football; the coach (or candidate) would have the opportunity to throw a red flag (up to 3 a debate) if they believed that their opponent misspoke a point. When this happens, the officials (or fact checkers) would then get to work (within 2 minutes so as to allow time for commercials; someone needs to make money on this) to determine whether there was a error, misstatement or outright lie made by their opponent. If there was such a misstatement, the moderator would penalize the offending debater, depending on the egregiousness of the error, a certain amount of debating time while their opponent continued his statement/questioning. If vindicated, the candidate throwing the red flag would have their challenge restored but if they lost the appeal, they would lose one of their challenges.

If a red flag gets thrown at games end, the victor could use the opportunity to “ice” their opponent, effectively eliminating their ability to argue their own messages/closing points. It would also heighten the drama of the debate and allow viewers the real time opportunity to know the candidates true identities.