Is punditry dead or the rise of data driven political forecasts 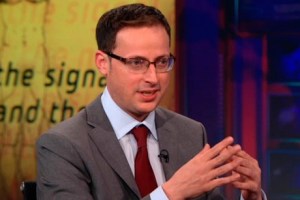 You are here: Home / Blog / Is punditry dead or the rise of data driven political forecasts

Here’s a interesting link to a TechCrunch post by Gregory Feinstein discussing Nate Silver’s political forecast (from the NY Times 538Blog (fivethirtyeight.blogs.nytimes.com) and the author of “The Signal and the Noise”) using mathematical modeling to correctly predict the outcome of all 50 states in the recent 2012 Presidential election, far surpassing the performance of the more qualitative approach used by political pundits (especially those on the Republican/Conservative side).

While this result makes Nate a pundit in his own right (his book is now flying off the shelves at Amazon) and thus subject to intense scrutiny as to his true intentions/techniques, it does auger in the use of predictive tools to the political arena that has been largely subjective or has been burdened using old techniques (i.e. polling) to achieve less than stellar results.