You are here: Home / Just the F.A.C.T.S. Newsletter

In the words of a John Lennon song “Life is what happens while you’re making other plans.”

Engrossed in a consulting engagement in San Francisco and family matters back in Boston left me feeling a bit bicoastal (or was that just the airplane food). In addition, with the client’s office only 2 blocks from beautiful ATT Park, I also got caught up in the Giants biennial run for the World Series, singing Steve Perry/Journey songs during the seventh inning stretches.

As luck would have it, I had the good fortune of having family in Marin County to stay with during the engagement. While occupying their guest house, Cousins Jan and 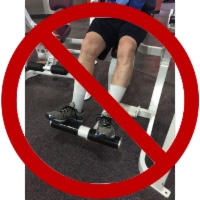 John invited me over for a home-cooked, gourmet dinner. I jumped at the opportunity (and of course, the short commute!). After dinner and some wine, the once convivial conversation got personal. Cousin Jan, eyeing me like MadBum (Madison Bumgarner, SF and MVP pitcher) deciding what pitch to throw the opposing batter. “Don’t take this the wrong way” she said “but there’s something I’ve been meaning to tell you.”

I expected the curve but got the fastball instead. “I hesitated to mention it but it’s your white tube socks, they make you look old when you’re wearing shorts and sneakers. Nobody in Marin wears them.” Sure enough, a trip to the local gym bore out this observation. So before you could say “Amazon Prime”, with my peds in hand and my fashion faux pas repaired, I was confident in my “West Coast styling.” Or so I thought. Cousin Jan smiled approvingly. “Those look great on you!”, she said as she leaned in for her next pitch. “You know, there are some other things you might want to work on…”