Strategy or Execution: Which Is More Important? 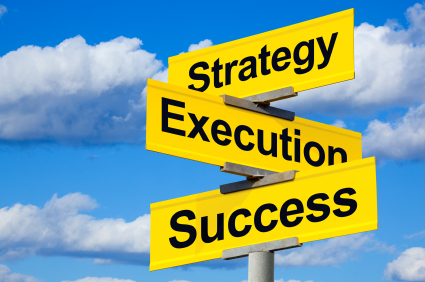 You are here: Home / Blog / Strategy or Execution: Which Is More Important?

Strategy or Execution: Which Is More Important?

Many business leaders think they’d rather have great execution than superior strategies, but you can’t have the first without the second.

by Ken Favaro, with Evan Hirsh and Kasturi Rangan via: www.strategy-business.com

I once heard a business leader say, “Strategy is results.” He meant that strategy doesn’t matter as long as you are producing results. Many other business leaders feel the same way. Often, this is because they associate strategy with analysis and execution with getting things done, and they attribute more value to doing than to analyzing. From that perspective, a strategy is a lofty, self-evident statement such as “Our strategy is to maximize customer value” or “Our strategy is to become the market leader.” Such “strategies” don’t contribute much to producing results. Possibly, they motivate the troops, although even that is highly debatable.

But any seasoned strategist knows that strategy is not just sloganeering. It is the series of choices you make on where to play and how to win to maximize long-term value. Execution is producing results in the context of those choices. nimbus cloud . Therefore, you cannot have good execution without having good strategy.

Most everyone would agree that you cannot achieve good results without having good execution; similarly, most would agree that having a good strategy alone is no surefire formula for success. But too many jump to the wrong conclusion that this makes execution more important than strategy.

Consider the Toyota Motor Corporation and General Motors Company. Yes, Toyota produced better results than GM for many years because it executed better than GM. But it was able to out-execute GM because it made much clearer and more coherent choices about where it would play and how it would compete. This included sharper choices about its target customers; its value proposition in terms of products, features, and price points; and the superior capabilities it needed to deliver that proposition to those customers. In other words, Toyota out-executed GM primarily because it had a clearer, better strategy than GM. The fact that Toyota faltered in 2010 and 2011 reinforces the point that good strategy alone isn’t enough; you have to have good execution too. But this shouldn’t be confused with the point that the quality of your execution depends a lot on the quality of your strategy.

The airlines industry provides another example. Southwest Airlines Company has outperformed American Airlines Inc. for decades. Is this because Southwest has executed better than American? Absolutely. But it’s no coincidence that Southwest also has a better strategy. It has a more sharply defined target market (the point-to-point economy traveler), a more compelling value proposition (lowest price, most convenient, and most passenger friendly), and a more coherent set of capabilities to deliver that proposition (maintaining a simpler fleet, running a point-to-point operation). Having a better strategy has made it possible for Southwest to consistently out-execute American.

In fact, no matter how much American Airlines improves its execution, it will never be enough to overcome the lousy economics of the airline industry and make it a big value creator. The company would have to find a more distinctive strategy. Likewise, no matter how much GM improves its decision-making culture, product development processes, or dealer operations, that effort won’t be enough to produce superior results without a coherent strategy. Fortunately, bankruptcy has given both companies breathing space to find distinctive and coherent strategies.

To be sure, both American and GM face challenging industry conditions in which earning an attractive level of profitability is reserved for only the most advantaged players. But even when industry economics are attractive, standout results do not come from standout execution alone.

Another example is retail banking. A typical retail bank doesn’t really need a distinctive strategy to produce an attractive return on capital as long as it executes well. Most retail banks have strategies that are virtually indistinguishable from one another. Their leaders all talk about targeting the same customers; having intimacy with those customers; and being the best at service, relationship management, product development, and risk management. However, the ones that truly excel have created distinctive, coherent strategies that enable them to have superior execution. Think of Wells Fargo in the U.S., Standard Chartered in Asia, and Lloyds Bank in the U.K. when Sir Brian Pitman was its chief executive.

So the next time you hear statements like these —

— remember this: You need a good strategy to have good execution. Yes, having a good strategy alone isn’t enough to win, but your ability to execute well depends on how good your strategy is and how well it’s understood by everyone who makes major decisions for your business. When your business or company is not executing well, take a look at your strategy. Improving it — and your most important stakeholders’ understanding of it — may hold the key to unlocking better execution.